What’s happening with the NBN?

The National Broadband Network (NBN) is set to connect more than 200,000 rural and remote homes and businesses to high-speed internet for first time High-speed internet is on its way.

“Many homes and businesses in regional and rural Australia still rely on dial-up level speeds and have little or no access to a commercial broadband service. This satellite will help to close the divide and ensure no-one gets left behind.”

The Sky Muster service will cover all of mainland Australia and external territories. This includes Christmas Island, Macquarie Island, Norfolk Island and the Cocos Islands.

What could this mean?

Future likely NBN developments as a result of the new Sky Muster satellite include Qantas utilising the Sky Muster Satellite to provide in-flight internet wi-fi.  This has long been a frustration for airline passengers in Australia. Particularly because many know this to be a regular passenger feature on US domestic flights.

Australia’s Internet connection speeds rank 44th in the world. The NBN is becoming a reality in delivering high-speed internet. And so, we can expect that Australia’s current internet speed rank will continue to improve over the next few years. 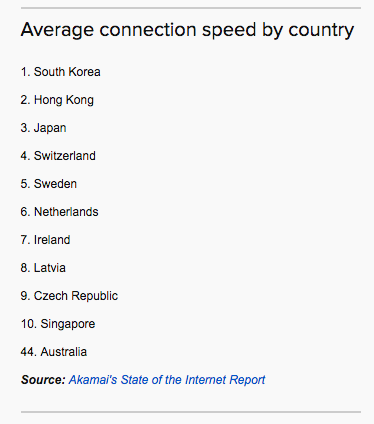 This could mean great things for businesses and families wanting access to high speed internet connections. Businesses just like us here at Webtron are excited to hear more about these developments in the coming months. Learn more about NBN updates here.