Technology in the music industry

The possibilities of listening to music have changed significantly. Just forty years ago, in order to listen to music you’d have to buy the old vinyl record. Fifteen years ago you’d buy a cassette tape and shiny CD. You would have to get your record player (or ‘boom box’) then put the CD in the record player. Next you start the song and let it play. Today? All you need to do is plug your headphones in to almost any device, purchase music through iTunes or Spotify, and play! If you don’t want to spend money on buying songs off iTunes or Spotify premium, simply search on the internet for the song you wish to play and if there’s likely to be a music video that you can watch that as well.

The fact is that technology has changed music in a number of ways, the most noteworthy one being its accessibility.

How technology has changed the way we produce music

Once upon a time, music was made solely using instruments and vocals. Pianos and stringed instruments introduced an era of classical music, and electronic guitars lead to a surge in rock music in the (80s?). Throughout the past few decades technology has significantly changed, particularly in the 21st century. Digital technology enhancements have resulted in genres such as DJ music to be much easier to make and more popular. Nowadays most music is made using machines, making it much easier for the musicians than it was just a few decades ago. An example is how many pop artists use automatic drums and other instruments. In this case, they’d legitimately play drums and not rely on technology to do so. It has resulted in a new age of music that was not available before…..

It isn’t just the music itself that has changed so much, but also the style and popularity. Rock music was very popular in the 1970s and 1980s, with the fashion that band members have long hair, wear leather clothes and use make-up. In the 90s grunge took over, with the fashion a little more casual than rock and pop, but long hair was still fashionable. In the 2000’s hip hop and pop were first to hit the music scene, with more techno music to come later, such as DJ sets and auto machines.

How technology has changed the distribution of music

In the 1980s, music once needed millions of dollars behind it to be distributed effectively. Now, thanks to the internet, music can be advertised online for free.

Anyone can be a celebrity! The internet has given normal people more opportunities to release content and have it heard by people all over the world. If you search YouTube for any popular song, it’s guaranteed that you’ll find a cover by a given artist.

The world is evolving and changing, which is why music is so much different to make and listen to today.

How technology has given us more accessibility to music

The reduced costs to the distribution of music can work both ways. Thanks to the internet, there are also reduced costs related to the access of recorded music. Do you remember when you could by a 4 track ‘single’ for $4.95-6.95? Or a 12 track album averaging around $20.00? Such an idea to pay the price for these tunes is ludicrous.

Founded in 1980, music and entertainment store Sanity was once one of the most popular brick-and-mortar stores to find in a shopping store. You could purchase all of your records, and listen to brand new tracks in store. Sanity’s popularity has decreased in recent years due to the rise in digital alternatives to CD’s and DVD’s.

Billion dollar company Apple pioneered the change from ….., offering a brand new alternative to the CD through music downloads from the iTunes store on to the at the time () iPad. 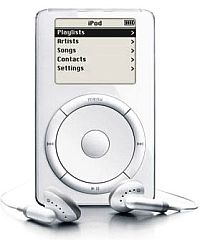 Spotify is currently one of the leading music apps in 2017. On a computer, as long as there’s WiFi, you can listen to just about any released song anytime. Spotify doesn’t just let you choose any song you like, but also has many radio genres ranging from pop to hip hop or even classical music, whatever your tastes may be.